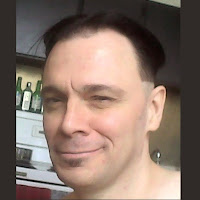 During my pre-career education (trained as a database programmer on a database built around a pascal back end) back around 1986 I used to work part-time and weekends for a furniture moving company.

I came into the company with a lot of assumptions about the nature of the people I'd be working with and despite those assumptions, I found a core of good people who are actually quite amazing.

One of the things that you'll find about trucking, is the fact that none of the drivers are really schmucks. Especially the ones who run their own business, own their own trucks. That being said, most who do are running a serious business that requires their full attention to many details.

You have to be good at geometry for one. Your business and finances depend upon it. If you're running with empty space during a shipment, that's lost money the more distance its empty. So being able to fill all of your space is of utmost importance. Most of that space is measured in cubic feet (or by weight in the United States) where a load is roughly seven pounds per cubic foot on average for common consumer goods and items. Keeping all of this in consideration, accurately knowing the space you have to work with and filling it pin to pin is what its about. Warehouse to warehouse its all on skids, going from other locations though, like residence to residence or residence to warehouse and you've got a whole different matter.

All of it has to be packed safely and soundly within the truck so as to avoid damage (that costs the business as well both the insurance deductible and the insurance rates and business repute). So packing an entire three bedroom house into a 2500 cubic foot truck and then unloading it requires a special talent and touch despite what most people may think. Being able to do such a feat, with three guys, sometimes four if your lucky without damage is another. So usually the driver, and the crew will do better based upon their conception of geometry, their endurance, their ability to be polite and courteousness with the customer.

So truck drivers who run their own fleet, whether its pin to pin doing any kind of goods, or household and consumer items still have to know a great deal about those aspects, and then on top of it the business finances of owning and operating a truck (which is similar to a household mortgage and costs about as much). Then there's the insurance and special licenses one must have to haul certain kinds of goods. Different load technologies and load platforms too require special skills and licences as well. So hauling flammable liquid might require different licenses and insurance than hauling frozen goods might. Then, when the driver has their load, and is on the road, not only do they have to be mindful of their own mistakes, they have to be mindful of those of others as well in order to keep everyone safe. Not quite so simple when the back of your vehicle might be as far as seventy feet away from your driver's seat. Not only that, but the mechanics of steering it when you're backing up are like the mechanics of trying to fly a fighter jet or a spacecraft. You actually encounter similar hurdles if you're not careful such as gimbal lock (in old space and air craft when the instrumentation of old direct drive surfaces of an aircraft were represented by euler angles and when one axis would cross over into the control zone of another axis, locking your control surface and preventing you from steering in either pitch or roll). So despite some age old cliches, when you really think about it, most truckers actually have to be quite on the ball to avoid these caveats. Maybe they do have the right stuff?

Not to mention the fact that when dealing with their load and in the pounds or cubic foot notation, they have to pretty good at math, because once again, empty space in your load means lost money. And that means that your gas and insurance are costing you more (ie their cost is being amortized across the breadth of shipments that you're driving with so more shipments of value means those expenses are absorbed into the cost of the total shipments). These are all consideration when it comes to such things.

When writing software, and especially working in 3D coding (I do work in that paradigm occasionally having written my own antiquated engine and API) there are many concepts that one encounters while dealing with volume problems, similar to those that Sir Roger Penrose used to tackle in his mathematical proof of surface tiling.

So maybe the next time you look at them, you might do so a little differently.

PS: I started out at there at 79 East Don Roadway (in Toronto) and then worked several other locations across the city.

The Origins Of Shhhh! Digital Media

Hi. if you've found this site, you're looking at the origins of what eventually became Shhhh! Digital Media ( https://www.shhhhdigi...