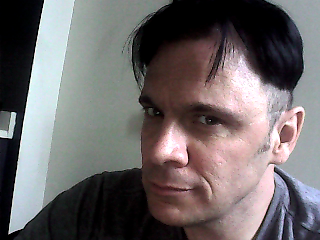 Good day on this Monday May 12, 2014.
Recently some days passed that I did not post or comment on and I'm going to take time in this post to give the attention that they deserve.

Day Of Honour
As most Canadians know and the many who took part in the Afghanistan mission, veterans were celebrated on the recently passed Friday (May 9, 2014) which celebrated their role in the Afghanistan mission which have led to an democratic elections, improved health care and education for many, and the chance to have a handle on their own future. Many soldiers of many different nations took part in the mission and Canada's role was an important part of its success and the future of its domestic efforts to build and maintain a policing force, the building of schools and hospitals and in some cases the education to staff them with trained professionals. None know the price that free elections can cost more so than the Women and Men who fought for them, both domestically and the armed forces who took part in securing the future for those of Afghanistan.

In the upcoming Canadian elections, I hope that most Canadians (or voters in any part of the world) when they consider whether to cast a ballot or not remember the price that our Canadian forces and those of many others have paid to afford the right of others to vote freely in elections, including the Women's vote in Afghanistan and in other parts of the world. When nobody supports or speaks up for a people, they often suffer in silence. The most fundamental freedom that we have in regard to the process of our selection of leadership is the vote. That is where your say and the say of whom you support electorally affects the future of our country, as it does for all countries that support a similar process. To not cast a vote is to not support a process that cost lives similarly. In a democratic process, if you'd like to overthrow the Government, then vote. There are probably many veterans and those who've seen the price of elections first hand. All of my thanks to our armed forces and Policing agencies who took part in the Afghanistan mission. I hope that Ukraine soon may experience a similar success with a minimal price of lives as the choice of their people.
Maybe the next step for Canadians in securing our freedoms here is to officially investigate illegal and criminally conducted surveillance (by civilians and sometimes by gangs) against other Canadians (yours truly included) especially if its used to cause emotional or physical harm or steal or extort credit for their efforts in some way.
Victory Day
On the same note and same day, Europe celebrated it's Victory Day which was just as much a success and for all Europeans, including those living under Nazi ruled Germany and France that did not concur with the views, aggression or actions of the Nazi regime yet were trapped under their roof. It is without warning that a dangerous ideology might sneak upon us and prey upon our sometimes over inflated sense of entitlement. Such dangers usually rear their ugly head secretly and sometimes in disguise when the prior generation has forgotten about the price paid in lives to stop them.

Eugenics is one that comes to mind and though it is OK to have pride in one's heritage, it is not OK to fault others for theirs.

Nor is it OK to make someone else that such an ideology feels is lesser somehow take the punishment for someone that the same ideology deems is greater, whether by genetics or competitions not agreed to by a victim conducted outside of law.

Nor is it OK to take someone else's creative works or any of life's efforts for one's own claim based upon a difference in genetics or stature or competitions not agreed to by a victim conducted outside of law.

Nor is it OK to curb or control another person's right of procreation on the basis of genealogy, gender, heritage or culture.

Nor is it OK to require someone else to have a 'blood sponsor' from an individual deemed superior by such an ideology in order to be ably accepted by others or be recognized for their accomplishments while the sponsor as such takes the credit them.

Eugenics is not an ideology that I support. Whatsoever.

A dangerous time then and one to be aware of now to be sure and the victor was the human spirit and the perseverance of freedom as it will be for generations to come.
Lest we forget.
Mother`s Day
Another very important day. I hope that all of the Mother's of the world rise to role and importance of their responsibility in ensuring the safe and healthy upbringing of their children such as my Mother and many others have.
One saying that I have with regard to the influence they have upon you from the very beginning goes...
All of us are musical.
We get it from our Mothers.
It starts with rhythm.
We get that from the sound and vibration of the beating of their heart while we are in the womb.
Next it is melody.
We get that from hearing or feeling their often musical voice while we're in the womb.
Lastly it is harmony.
We get that from the chorus of happy voices we hear when we're born, led by that of our Mother.
Happy Mother's Day Mom and all of you Mothers out there.
Other Missed Goodbyes And Hellos
On the content department and in relation to ASMR, which is a video art form that is the equivalent to a treatment at a spa or a healing session with a healing arts practitioner, one of the ASMR artists known as Fairy Char is leaving that art of vlogging to pursue other aspects of life. I'd like to thank her and to wish her all of the best in life and her future. She as what many ASMR video artists share is something that transcends compassion, which itself is a diminishing presence in a world that needs it more than ever.
Thank you.
If you are interested in the world of ASMR and its pseudo distance healing effects, you might want to check out her vlog and those of ASMR Requests and Heather Feather whose epic productions imply that they're likely capable of writing and directing (and improvising) their own big budget block buster. Watch out James Cameron. For a more down to earth and often artistly inspired view, check out Hailey Whispering Rose (whom herself is multi-talented) and YangHaiying (an inspired artist with a great sense of humour) The One Lilium and for more comedic versions check Ephemeral Rift. Until I can land myself a Qi gong or Reiki instructor, or even a little bit of intimacy with a special someone, this is the best way to heal. Or you could just pay a visit to Yoga Yak.
In other departments here, iJustine has a slew of new videos on her plethora of vlogs and in the new music department, underground sensation SoKo is gearing up to release her new album. Gives me memories of my Goth days back in the golden era of clubbing and alternative.
On television, I've been watching a great slew of shows (time permitting), on TVO (yay, they brought back Big Ideas), PBS for its educational television as well as keeping an eye on the Agents Of Shield which is highly recommended if you are a comic book fan or a fan of any of the recent slew of Marvel films. I still make time for Out There...
On the DC side of things, I've been on DC Universe Online a few times over the last two weeks but I've been laying low in the gaming department in favour of writing and working towards a software release and cleaning up some of my prior applications for release as well. Occasionally catching Cosmos, an excellent heir to the Carl Sagan and Ann Druyan legacy. Music has taken a bit of a back seat for a little as has a social life. I'm looking forward to having one of those though I can't remember what a social life looks like but I'll know it when I find it.
Look for some updates to A Lady's Prerogative: Wounded Aerth (which is turning into a whirlwind of controversy and boldness of which I am proud) and Heroes Of Our Own (which grows closer to my heart the more I work on it), and hopefully some to finish off Stories From The End as Rysalin, Trent, Elena, Jen, Stanton, Dave, Cale (and Tweak) deserve an ending whatever it may be just as surely as Foller seeks redemption amongst those he nearly killed. Some interesting twists ahead.
Other than that, I`m just fighting the good fight. I hope you are too.

None of this post or any other post is hate means love by the way.
Stay Safe And Be Well
Brian Joseph Johns
at May 12, 2014

The Origins Of Shhhh! Digital Media

Hi. if you've found this site, you're looking at the origins of what eventually became Shhhh! Digital Media ( https://www.shhhhdigi...